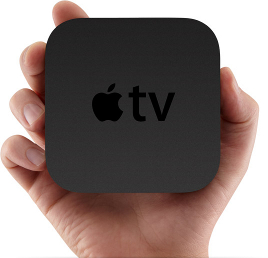 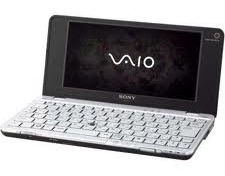 My wife wanted a Windows Tablet for Christmas. The main reasons were the need to run actual Microsoft Outlook, and for it to fit in her purse. I wasn’t going to pay nearly $1000 for the already outdated tablet technology, or the mound of accessories needed to make it useful (docking station, bluetooth keyboard, etc.)

Luckily I have a strong UMPC background to pull from and started to look at alternatives. The purse size constraint eliminated all netbooks, but I knew from experience she would need a real keyboard that was large enough to touch type, or come close. For business applications my Fujitsu U820 was adequate, but the 1gig ram and slow 60gb hard drive were definite performance killers.

I always wanted a Sony Vaio P, but the release price was out of my budget. The P698E specification was identical to the U820 but with 2gig ram and 128gb ssd standard. At less than half the cost of any tablet I took a chance and ordered … TWO! Couldn’t let the wife have a superior toy, right?

We are both very pleased with the unit. She uses hers more often then a core2duo desktop which speaks volumes to its capability. Battery life was my only disappointment, clocking in at just about two hours. I will probably buy the extended size replacement for hers, which will increase that time to the five hour mark. Mine is my only Windows 7 machine, but it wasn’t a needed purchase so its use has been low. It does run well enough I can justify selling my other UMPC/Netbooks without regret.

A friend asked me to recommend a GUI interface to help with MySQL database tasks. I started using MySQL Control Center on some old version of Fedora long ago and really haven’t had the need to find something better.

There is a Windows port ready to download, and it is real easy to compile from source for Ubuntu. I only needed to add qt3-apps-dev along with the standard build-essential package for it to work.

So with all the talk about the PlayStation Vita release I took the time to dust off my old PSP and run some updates. There are still a few games I haven’t played that IGN put in their top 25 list, and a couple others that need to be finished.

For those following along, I actually did get a deal on a white PSPgo that I carried in my pocket for a while. For me that was it’s only advantage, so when at home I still use the PSP-3000.

So it seems Oracle is doing pretty good after taking over VirutalBox. I was for the first time able to make a guest OS X machine from a retail DVD which runs on both a Linux and Windows host. The only modification was to the .vbox XML file as follows:

The original guide I used can be found here.